FUMIPHOS® tablets are used to protect stored commodities from damage by insects.

In limited areas, applications of FUMIPHOS® may be made to control burrowing vertebrate pests. The use of this product is strictly prohibited on single and multi-family residential properties and nursing homes, schools (except athletic fields), daycare facilities and hospitals. 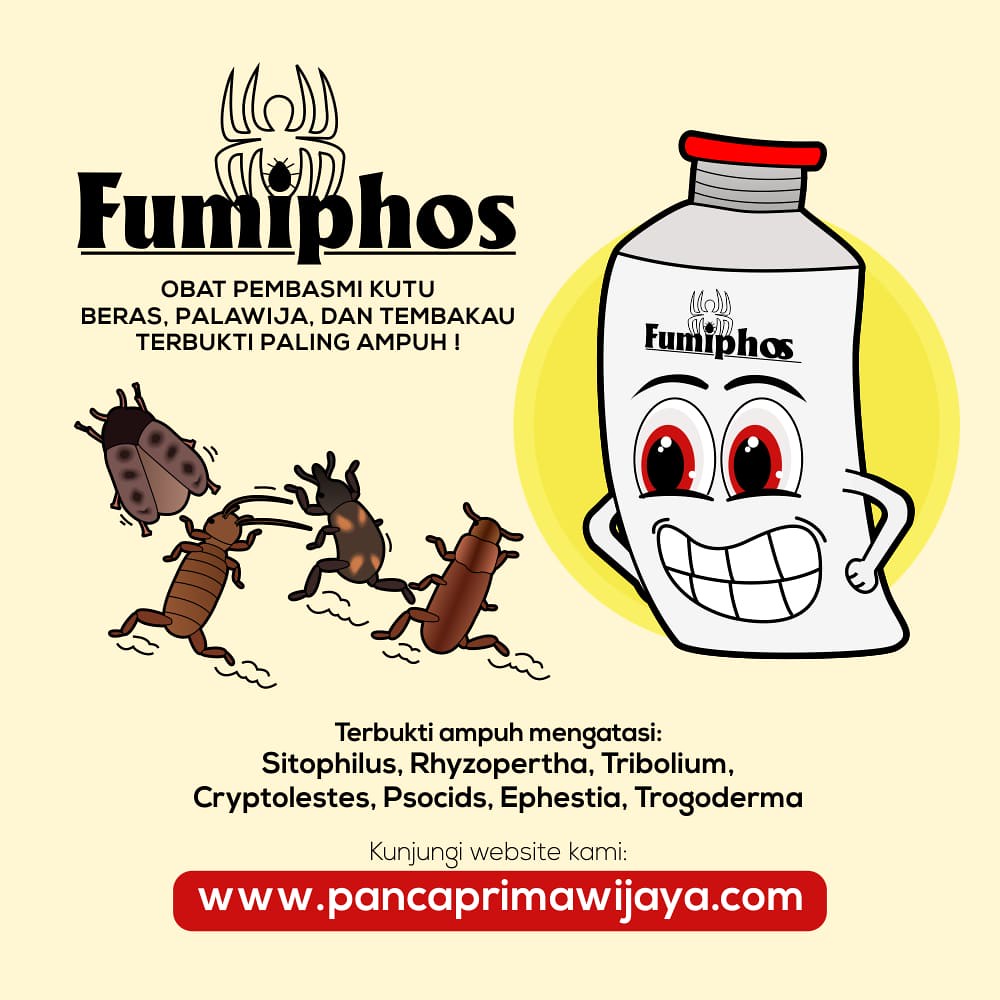 In addition to its toxic properties, the gas will corrode certain metals and may ignite spontaneously in air at concentrations above its lower flammable limit of 1.8% v/v (18,000 ppm). These hazards will be described in greater detail later on other page.

FUMIPHOS® is prepared in one spherical shapes. The rounded tablets weigh approximately 3 grams and will release 1 gram of phosphine gas. They are about 16mm in diameter. FUMIPHOS® Tablets are provided in 21kg cases containing 14 gastight flasks of 500 tablets each. These pails are constructed to conform to UN and DOT packaging standards.

Upon exposure to air, FUMIPHOS® tablets begin to react with atmospheric moisture to produce small quantities of phosphine gas. These reactions start slowly, gradually accelerates and then tapers off again as the aluminum phosphide is spent. The rates of decomposition of the tablets will vary depending upon moisture and temperature conditions. For example, when moisture and temperature of the fumigated commodity are high, decomposition of FUMIPHOS® may be complete in less than 3 days. However, at lower ambient temperatures and humidity levels, decomposition of FUMIPHOS® may require 5 days or more. After decomposition, FUMIPHOS® leaves a gray-white powder composed almost entirely of aluminum hydroxide and other inert ingredients. This will cause no problems if the fumigant has been added directly to a commodity such as grain. However, the spent powder must be retrieved for disposal after space fumigations. If properly exposed, the spent FUMIPHOS® will normally contain only a small amount of unreacted aluminum phosphide and may be disposed of without hazard. While spent FUMIPHOS® is not considered a hazardous waste, partially spent residual dusts from incompletely exposed FUMIPHOS® will require special care. Precautions and instructions for further deactivation and disposal will be given on other page.